The Watseka Park District Mission is to “open the door for recreational and social opportunities for residents of all ages and abilities in Watseka and the surrounding communities.”

The Watseka Park District was formed in 1999. The first office space was located on Walnut Street in Watseka inside the old Kohl building. The Watseka Park District purchased the building where they are currently located in 2008. The building located at 110 South Third Street in Watseka currently provides office and staffing in the front portion as well as hosting many events and programs as well as the Toddler Program and After School Program in the back portion of the building.

Todd Oster, Watseka Park District President, resides in Watseka. Todd is married and has 4 children. He has been on the board for 14 years. Todd has been a coach for the park district and an active board member. Todd and the rest of the board members have been instrumental in securing permanent soccer fields, the office building, and improvements. Todd is positive about the park district and wants to see it grow and continue to offer rewarding programming and opportunities to Watseka and the surrounding communities.

Rich Moyers, Watseka Park District Vice-President, resides in Watseka. He and his wife Lynette, have 3 grown boys. Rich graduated from Clifton Central High School. He has lived in Watseka for more than 28 years and was actively involved with the Little League program for 17 years. Rich has been with Pence Oil for 30 years. Rich has been instrumental in capital improvements at the park district including the kitchen, classroom and storage remodel project as well as the securement of the permanent soccer fields.

The Watseka Park District would like to offer its sad farewell to Watseka Park District Board Commissioner Mark Howe. We will miss his smiles, his “get to it” attitude and his wonderful gentle spirit. It is with a very heavy heart that we say goodbye and realize that he is in a better place. He has only changed his address, not his place in our hearts. 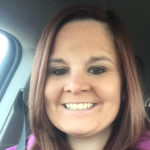 Dawn Howe has been a resident of Watseka her whole life. She attended Eastern Illinois University for both her Bachelor and Master’s Degree in Family and Consumer Sciences- Family Services. She is a diehard sports fan; some of her favorite teams are the Chicago Cubs and the New England Patriots. She has been a softball coach during the summer for 7 years, and this summer will be her 8th year. She loves softball and enjoys being able to pass her passion for the sport to others. She loves being involved and giving back to her community. She is on the Park District board because she wants to help create programs for those who live in our community, and to be involved.